Beat the Press: Throwing Softballs at Ortiz, Using Lewandowski as a Source 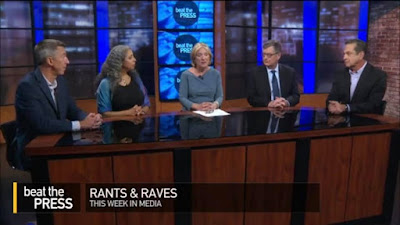 Tonight on "Beat the Press,” we’re talking about whether The Boston Globe threw softballs when they interviewed David Ortiz, whether the New York Times missed the mark with its latest Brett Kavanaugh story, whether Corey Lewandowski should ever be on the air or used as a source after admitting he lies to the media, and our weekly Rants and Raves. (My rave was for social media -- specifically Snapchat, which launched it's political ad library.) Also: WGBH’s Adam Reilly, former NESN Reporter Mike Nikitas, Northeastern University and I host Emily Rooney in remembering Cokie Roberts. Tune in to WGBH-TV at 7, watch the whole show online at Beatthepress.org,  or watch the clips right here:

Posted by LMAlphonse at 7:30 PM