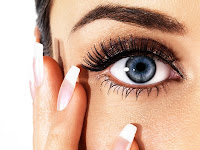 Most teenagers -- male and female -- wrestle with self-esteem and body-image issues. And parents will do almost anything to help their teens feel better about themselves. But is paying for elective plastic surgery taking things too far?

I'm not talking about reconstructive surgery, I'm talking about plastic surgery for cosmetic reasons: Rhinoplasty (nose jobs). Liposuction. Breast enhancement. Botox. You know -- procedures that are supposed to "improve" one's looks and, many people assume, bolster one's self esteem.
I tackled the issue a few weeks ago on Boston.com's Child Caring blog, but it's worth expanding on here:
In "Real Girls, Real Pressure: A National Report on the State of Self-Esteem, a survey of more than 1,000 girls in the United States showed that 70 percent of girls ages 8 to 17 believed that they "are not good enough or do not measure up in some way, including their looks, performance in school and relationships with friends and family members." The survey, which was sponsored by the Dove Self-Esteem Fund (part of Dove's Campaign for Real Beauty and in partnership with the Girl Scouts of America), also found that 75 percent of girls with low self-esteem have eating disorders or engage in negative or risky behaviors like self mutilation, smoking, bullying, or drinking (in comparison, only 25 percent of girls who felt they had good self-esteem engaged in those behaviors).
The number of cosmetic procedures performed on patients under the age of 18 has actually declined since 2001, but the most-recent (2008) stats from the American Society of Plastic Surgeons show that while the numbers for invasive procedures like breast augmentation and liposuction have dropped since 2007, minimally invasive procedures -- injections, laser skin resurfacing, chemical peels -- are on the rise. Part of the reason may be the cost: Single-site liposuction can run as much as $4,000, while a laser skin-resurfacing treatment averages about $400.
Dr. Yan Trokel, a cosmetic surgeon in New York and the founder of the Yan Center for Corrective and Cosmetic Surgery, tells me that his younger patients (under age 18) come to him for corrective, not cosmetic, surgeries (like rhinoplasties, orthognathic/jaw surgeries, and otoplasties/ear reshaping surgeries). "The procedures I perform on individuals under the age of 18 are those procedures that address anatomical imperfections," he says, adding that he will not perform rhinoplasties on patients younger than 16.
"I would be reluctant to perform a surgery for purely aesthetic reasons, such as liposuction, without first having counseled them on necessary lifestyle changes such as improved diet and exercise to achieve optimal, long-lasting results," he says.
His youngest patient, a 5-year-old, came in for an otoplasty, a procedure in which the ears are reshaped and redefined. That may seem terribly young, but it's in line with a current trend: The American Academy of Cosmetic Surgery's 2008 Procedural Survey found that 27.7 percent of otoplastys are performed on patients age 13 to 19. (It's worth noting, though, that the AACS survey focused only on patients treated by AACS members, and the response rate for the survey was only about 16 % -- only 219 surgeons out of 1,398 participated. So it's impossible to tell whether there was a spike in the number of otoplasties because more kids are requesting them, or because the surgeons who participated in the survey are the main ones performing them.)
So, would a plastic surgeon recommend a procedure to boost his own child's self esteem? Dr. Trokel, who has a baby boy on the way, says yes. "I would permit my child to undergo plastic surgery to increase their self-esteem given that the cause of concern is of an anatomically flawed nature," he says.
But not all of the teens who want plastic surgery are good candidates for it. "A surgeon should properly assess physical/anatomical and psychological maturity of a potential patient and discuss possible risks and side-effects before proceeding with any form of treatment/procedure," Dr. Trokel warns.
Posted by LMAlphonse at 12:19 PM

Wow, excellent and comprehensive post (though I'd expect nothing less)! You're totally plugged into what teens usually go through.
Self Esteem Affirmations

The decision to have a cosmetic plastic surgery is extremely personal and you'll have to decide if the benefits will achieve your goals and if the risks and potential complications are acceptable. Your plastic surgeon and his/ or her staff will explain in detail the risks associated with surgery. You will be asked to sign consent forms to ensure that you fully understand the procedure you will undergo and any risks and potential complications.