Beat the Press: Calling Out Racism, Covering the DA 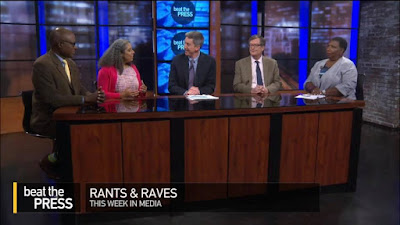 Tonight, Dan Kennedy of Northeastern University, Dan Lothian of Little Park Media, Callie Crossely of WGBH and I put on our media criticism hats and join host Adam Reilly on "Beat the Press." We’re talking about when the media should or shouldn’t call out racism, Suffolk District Attorney Rachael Rollins and the Boston Globe, the BBC’s controversial agreement with Iran, and our weekly Rants & Raves. (I had a rare rant: it was for CNN, for the "focus group of average conservative voters" it featured without disclosing that most of them were actually active grass-roots advocates for Trump.) You can watch the whole show below:

Posted by LMAlphonse at 8:22 PM