On WGBH: Interviews with conspiracy theorists, columnists and campaigns, and more 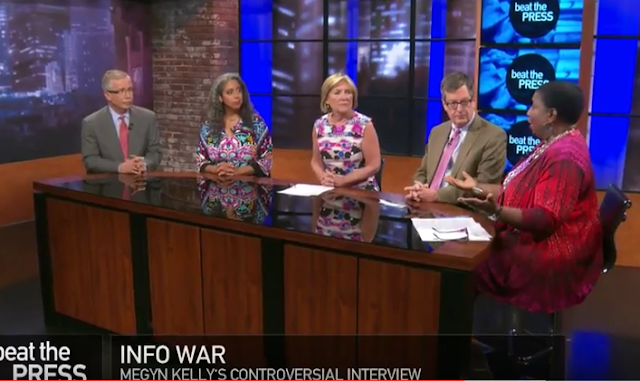 Tonight on "Beat the Press," Dan Kennedy (Northeastern University), Jon Keller (WBZ) and I join WGBH's Callie Crossley and Emily Rooney to talk about the media. We're discussing Megyn Kelly's upcoming interview with conspiracy theorist Alex Jones, whether newspaper opinion columnists should disclose their political ties, what role the media plays in the politics of violence, plus our rants and raves. Tune in at 7 p.m. on WGBH, or click on the players below for the various segments!

On the media and violent political rhetoric:

On opinion columnists and campaign ties:

Our rants and raves:

Posted by LMAlphonse at 6:12 PM

Email ThisBlogThis!Share to TwitterShare to FacebookShare to Pinterest
Labels: Lylah In the News, TV