$1 Million to raise a family? What are parents buying? 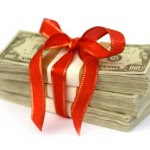 The cost of raising kids may have more than doubled to $1 million, according to new research.

Social researcher Mark McCrindle's survey of more than 4,500 Australians found that the average cost to raise a family today is $1,028,093-- a huge increase over the Australian Federal Government's estimate of $384,543.

What on earth are parents buying?

In Australia, they're shelling out for private tutors and pricey technology but, even so, it seems that million dollar figure is a bit padded out: "Adding the cost of electronics, private tutoring and sports and dance classes, and considering the average child now stayed at home until 24, the real cost to the Australian parent of raising children was $1,028,093," McCrindle told the Herald Sun.

Read the not-so-fine print: The $384,543 figure was for two children up until age 18. Add six more years of expenses -- including college tuition -- and hitting the $1 million mark may not be that much of a stretch.

Is it unrealistic to expect parents to cover costs until their child is in his or her mid-20s? Unfortunately, maybe not. Last week, the Pew research center released a study indicating that more young Americans are becoming "boomerang kids" -- that is, moving back in with their parents to save on expenses, something that also happened with about the same frequency after the recessions of 1982 and 2001.

The United States Department of Agriculture, which is the agency in charge of tallying the annual Expenditures on Children by Families in the U.S., says in it's most recent report, released earlier this year, that a typical family will spend about $221,000 to raise a child born in 2008 through age 17 -- $291,570 when adjusted for inflation. That covers food, shelter, clothing, and other necessities, but not college tuition or other "indirect costs," such as loss of income from opting out of the workforce or expenses paid by anyone other than mom and dad.

The government numbers aren't exactly in synch with what many of us experience in real life: Child care costs in Massachusetts are among the highest in the nation, averaging about $11,000 per year per child, but the USDA allocates a total of $15,000 for childcare and educational expenses over 17 years. The $221,000 total also figures on just $60 a month for clothes and shoes, which might not keep most teenagers covered. In fact, the report's figures don't jibe with the results from the USDA's own "Cost of Raising a Child Calculator" -- the report estimates average annual expenditures for a 2 year old to be about $14,510, while the calculator pegs the national average annual expenditures for a 2 year old at $24,063. Over 17 years, that's a $160,000-plus difference.

So, what happens if we keep paying until they're 24?

According to the Massachusetts Educational Financing Authority, the average cost of four years private college education in New England will be about $420,000 by the time that 2008 baby hits college in 2026. Throw in higher cost of living in the Northeast and the price of all of the doodads and gewgaws that kids these days call "essential" -- laptop computers, iPods, cell phones (and their bills), etc. -- the total rises even more.

Luckily, if you have more than one child, you get a bit of a bulk discount: People with two children spend about 25 percent less on the second child, and those with three or more spend 22 percent less on each one, a Time magazine article points out. That's because some of the biggest expenses -- housing, healthcare, and transportation -- don't have to be re-purchased when another child joins the family.

Are you surprised by the recalculated cost of raising a child? Where do you think the money goes?
Posted by LMAlphonse at 7:16 AM