My husband used to be a music critic; it kills him to listen to the semi-folksy, super-sweet kids music. We banished Raffi and "Baby Beluga" and the Laurie Berkner Band when our older kids were little, and slipped more modern, non-kid music into the CD player whenever we could. Consequently, our now 13-year-old's first favorite song was "Song 2" by Blur, our 4-year-old is digging "White Winter Hymnal" by the Fleet Foxes and "Lovely, Love My Family" by The Roots, and our 2-year-old puts on his sunglasses and rocks out to The Aquabats.

But there are times when only kid music will do. If you're tired of the standard, saccharine sing-alongs, check out these eight CDs that parents can enjoy along with the kids! 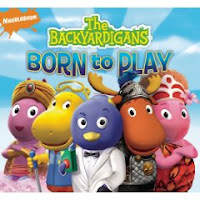 The Backyardigans: Born to Play ($13.98 at Amazon.com). From the hit Nick Jr. show "The Backyardigans," the songs here are sung by actual children and vary by genre. “Born to Play” is the show’s third offering and includes the five songs from their hilarious rock-opera and a cameo by Cyndi Lauper, among other things. (Their first two discs -- “The Backyardigans” and “Groove to the Music” -- are great, too.) 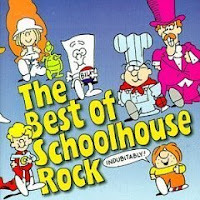 The Best of Schoolhouse Rock ($13.99). A collection of those classic educational shorts from the 1970s and ‘80s. This disc offers up the best of the bunch, including “I’m Just a Bill,” “My Hero, Zero,” and “Conjunction Junction.” 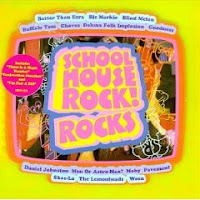 Schoolhouse Rock! Rocks ($8.99). For those of you who prefer to teach your kids about history, math, and money with a modern edge. Check out "Three is the Magic Number" sung by Blind Melon.

House Party ($13.99). Dan Zanes used to play with the Del Fuegos, and his hipster roots are evident in his kid-friendly offerings. This disc offers wonderful renditions of old favorites like “Jamaica Farewell” with Angelique Kidjo, “Waltzing Matilda” with Debbie Harry, and “Wabash Cannonball” with Bob Weir. 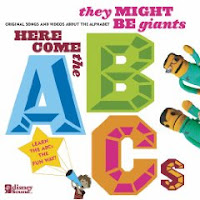 Here Comes the ABCs ($10.97). Upbeat alterna-pop stars They Might Be Giants sing songs that are quirky enough to keep the kids interested and fresh enough to keep adults happy. This CD is actually a CD/DVD combo disc; the videos are just as charming.


Songs from the Street ($44.99). This three-CD set covers 30 years of songs from PBS's Sesame Street, one disc per decade. Did you know that the Pointer Sisters sang that shrieky pinball song? Me neither. And dig Cab Calloway crooning "The Heidy-Ho Man." 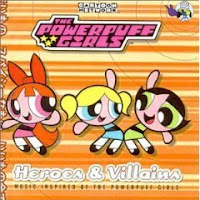 Power Puff Girls: Heroes and Villains ($18.98). These three kindergarten-age superheroes are busy saving the world before bedtime. The CD is a collection of music used in the now-classic Cartoon Network show, sung by adult artists, but fun for older kids who really like to rock out. 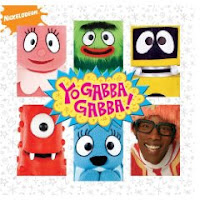 Yo Gabba Gabba! ($11.98). Another disc of kid-friendly music that adults will love. Some of the songs are sung by the Nick Jr. characters; others are happy and upbeat songs sung by adult artists like The Ting Tings and The Roots.
Posted by LMAlphonse at 3:46 PM

Email ThisBlogThis!Share to TwitterShare to FacebookShare to Pinterest
Labels: Gear/Gadgets/Product Reviews, Only at Write Edit Repeat

If you haven't checked it out already, I'd add Barenaked Ladies "Snacktime" to this list... we all love it! "Seven ate Nine", "Pollywog in a Bog" are a couple of favorites. The sound is typically BNL, but the lyrics are for kids!

Justin Roberts is THE BEST! Both the adults here and the kids here never get sick of his music - its just right for all. Good tunes, clever lyrics, great singing, real music and never sickly sweet.