Can a doctor be a conscientious objector? 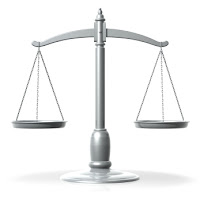 The last day to comment on the Obama administration's proposed rescission of the Bush administration's midnight regulation on the expanded Conscience Clause is April 9, and I'm writing about the issue at The 36-Hour Day.

The economy is impacting us in myriad ways, but one of the most shocking, to me, is the way it’s had an effect in the bedroom. People are trying to figure out if they have enough money to have another child; a heartbreaking number of people have decided that they do not, and are putting their family plans on hold, choosing sterilization, or deciding to have an abortion.

It’s a terrible decision to have to make, and there’s another layer of difficulty that’s being discussed often these days: Doctors and nurses faced with having to decide between their faith and their jobs.

... Though most of the debate has focused on abortion, the Conscience Clause issue also sheds light on some tricky topics: Which is more important, the rights of the patient or the rights of the healthcare provider? Is it discrimination to fire a healthcare worker who refuses to do something that’s clearly part of the job, like dispensing contraception? To whom does “pro-choice” apply? Is it ethical to impose your morals or religious beliefs on your patient? ... [More]

Personally, I think a narrowly defined Conscience Clause could be a good thing; healthcare workers deserve protection. But the expanded regulation that went into effect in January of this year goes too far, setting parameters so broad that a cashier at a drug store would be protected for refusing to sell a married man condoms on the grounds that contraception was against her religious beliefs, or a lab technician who puts away instruments could refuse to work because the instruments could be used in sterilization procedures.
So, the question is, where do you draw the line? If a soldier can be a conscientious objector on the warfront, can a doctor be one in the operating room?

Posted by LMAlphonse at 4:18 PM

Email ThisBlogThis!Share to TwitterShare to FacebookShare to Pinterest
Labels: Freelance Writing, Other Articles, The 36-Hour Day